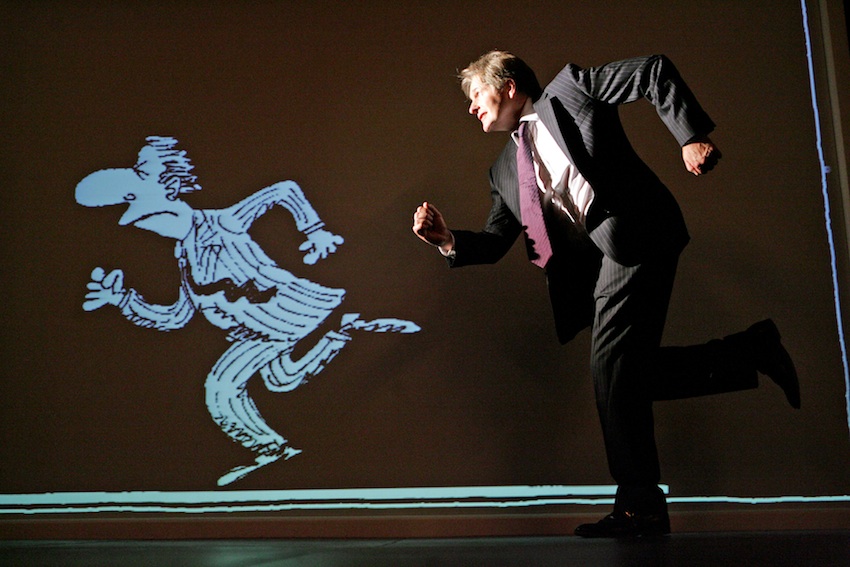 Starring Robert Bathurst as everyone’s favourite obnoxious cartoon investment banker with a supporting cast of animations from the pen of Charles Peattie. The ingenious Phelim McDermott directs, with the technological wizardry being provided by Leo Warner and Mark Grimmer of Fifty Nine.

Since his creation in 1987 Alex has become an institution, and more worryingly, a role model by which some bankers play out their careers and lives. Alex appears in the Daily Telegraph, as well as other papers around the world.