A new comedy by Jessica Swale 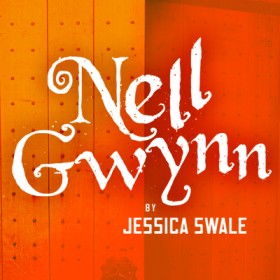 “They’ve disgraced our trade. Ruined our art. They’ve put a woman on the stage”

It is 1660. The Puritans have run away with their drab grey tails between their legs. Charles II has exploded onto the scene with a love of all things loud, French and sexy. And at Drury Lane, a young Nell Gwynn is selling oranges for sixpence. Little does she know who’s watching.

Award winning Gemma Arterton  (The Duchess of Malfi, Made in Dagenham, Quantum of Solace) stars as cheeky, charming and clever Nell Gwynn, one of the first, and most acclaimed, women to appear on the London stage.

Jessica Swale’s blissfully entertaining comedy celebrates an unlikely heroine, who went from lowly orange seller to win the adoration of the public and the heart of the King.

Following a critically acclaimed and sell-out limited season of 11 performances at Shakespeare’s Globe, don’t miss this opportunity to see Nell Gwynn in the West End.

★★★★ ‘Gemma Arterton a joy in this blissful whirl’
Evening Standard