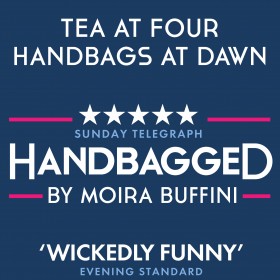 JEEVES & WOOSTER
THIS IS CEILIDH 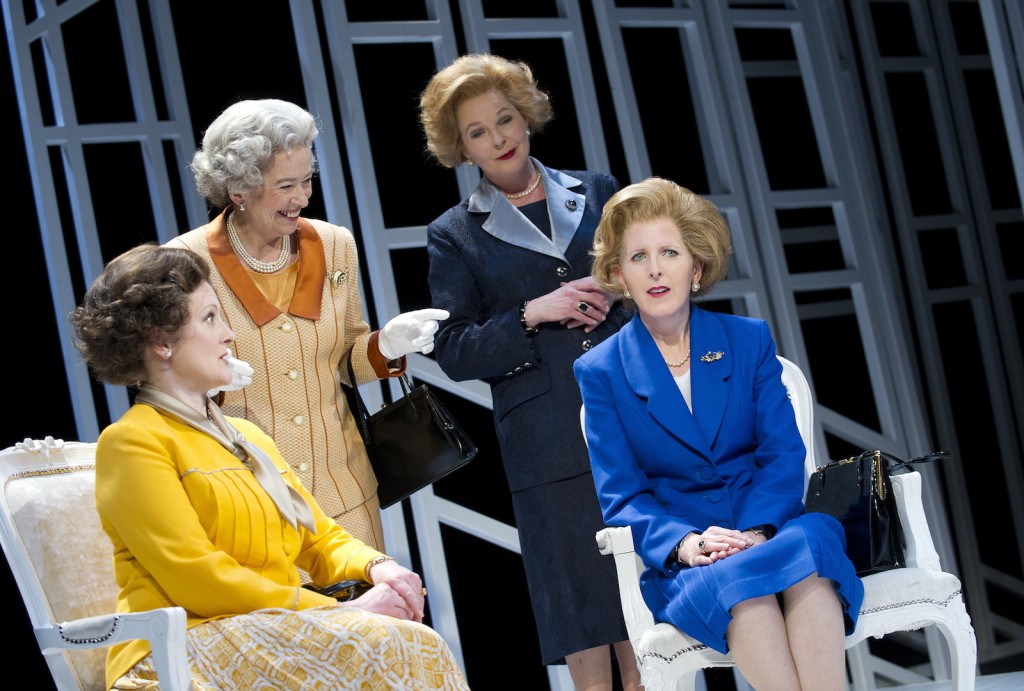 Tea at four. Handbags at dawn.

★★★★★ ‘Moira Buffini’s sparkling tale of the Queen’s weekly meetings with Margaret Thatcher, is even better after its West End transfer…A Phenomenon’
The Sunday Telegraph

The monarch – Liz. Her most powerful subject – Maggie.

Two enduring icons born six months apart. One destined to rule, the other elected to lead. But when the stiff upper lip softened and the gloves came off, which one had the upper hand?

Handbagged is the ‘wickedly funny’ (Evening Standard) new play that opens the clasp on the relationship between two giants of the 20th Century, speculating on that most provocative of questions: What did the world’s most powerful women talk about behind closed palace doors?

★★★★ ‘This is a hilarious, intelligent treat – a hit at the Tricycle, and well deserving of this West End transfer’
Time Out